The store will not work correctly in the case when cookies are disabled.
Resources
Want to test how Wisefab fits your car?
CHECK FITMENT

Everything you need to know about Ackermann in drifting

Ackermann steering geometry is a geometric arrangement of linkages in the steering of a car or other vehicle designed to solve the problem of wheels on the inside and outside of a turn that need to trace out circles of differing radiuses.

Ackermann is needed to run all the wheels around the turn center to reduce scrub, as demonstrated in the picture below. 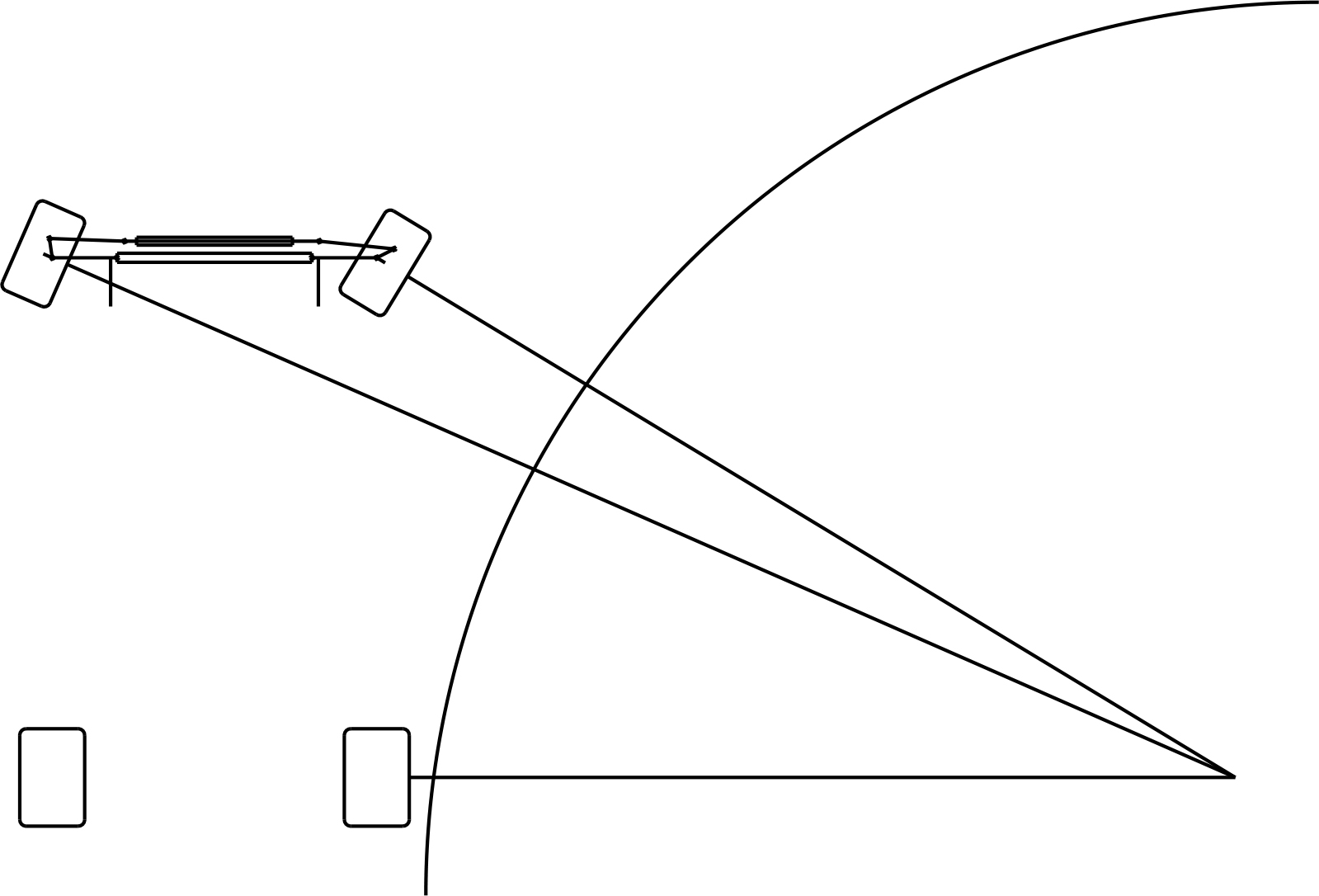 In drifting, one turns the wheels to the same side the instant that the center is actually on other side of the car, so from a geometrical perspective, reverse Ackermann is needed. 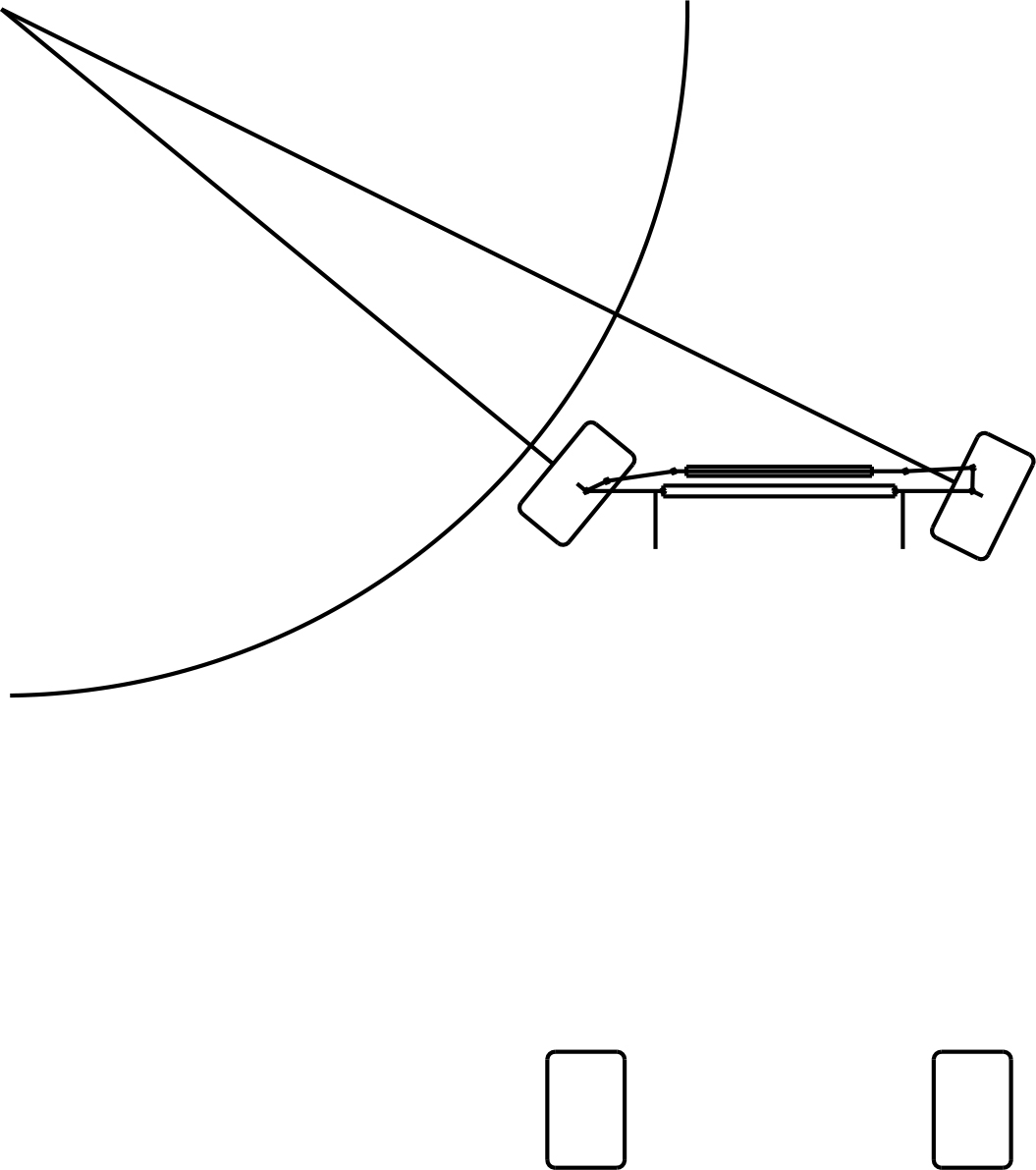 The ideal amount of reverse Ackermann in drifting would give minimal scrub and maximum speed, but that also makes the car more difficult to drive, especially at high lock.

Parallel steering has the most lock, but potentiates over-centering at the same time on both wheels later than on other setups.

Positive Ackermann in drifting makes the car angle through corrections more smoothly, but generates more scrub from the trailing wheel, reducing speed and maximizing lock limitation. This is caused by “overcentering“  happening  earlier. In general, positive Ackermann makes it easier to drive with some sacrifice to speed and maximum lock.

Most drivers like some amount of Ackermann as the car reacts the way we are used to. On the other hand, drivers who don’t want to sacrifice anything to speed and performance use parallel steering. Reverse Ackermann is used very rarely.

As most of drift cars are modified production cars, Ackermann geometry is not  linear due to steering rack location. On one car model it could happen that at 30 degrees of lock it has reverse Ackermann, at 50 degrees parallel steering, and at 65 degrees positive Ackermann. On another car model it could change at different rate or be opposite. Sometimes the steering rack can be relocated, sometimes not; but there is always a packaging issue. Therefore there is no ideal setting even on the engineering side, because one driver could use in average 40 degrees of lock, another 55 degrees of lock, and the Ackermann is different at both of those angles.

The ”right“ amount of Ackermann depends on car model, driving style, and the driver’s preference.  On most of the Wisefab front drift knuckles Ackermann is adjustable to finetune it closer to preferred amount.

Below is a guide for mechanics about tie rod point adjustment direction and its effect. This example is used with a front mounted steering rack such as in the BMW E90 chassis. In order to achieve positive Ackermann for a front-mounted steering rack car, the tierod pick-up point on the knuckle must be moved outwards. For the reverse Ackermann setup, the tie rod pick-up point must be moved inwards, which is the opposite of positive Ackermann. You can do this with the washers that are included with the kit. One set of washers can be used either for a positive or reverse Ackermann setup, so long as they are placed appropriately on each knuckle. You can read this in more detail in our ”How to use Wisefab Ackermann washers“ article which is located below in the related post section.

Here is a brief overview of Wisefab’s Ackermann washers. Most of our angle kits include three sets of washers: the Zero Ackermann, 3mm, and 6mm offset washers. Each of the bums or notches indicate 1,5mm offset from the center, which means that two bumps provide 3mm offset. See the picture below.

Let’s make an example on the Nissan S14 with zero Ackermann, which you have set up on an alignment bench and want to try out the 6mm positive Ackermann on your practice day. You take the two bump washers and install them on the knuckle. How much and which way would you need to adjust the tie rods? By installing the washers, you would have a 6mm per side toe in. This means that you need to shorten the tie rods by 6mm per side, or make four complete turns. Mark the position with a white marker and turn the tie rods two complete turns shorter. You do not even need a measuring tape to do this, because the tie rod threat pitch is 1,5mm per turn.

Did you like this post?
0
0
Related Posts
Want to test how Wisefab fits your car?
Make and Model

Stay in the loop